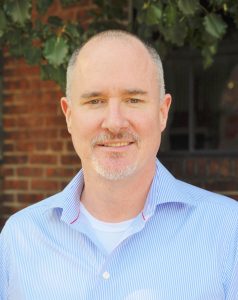 In 1996, Frank Lamb founded Automation Consulting Services, Inc. (ACS) in Knoxville, TN. What began as a panel building and integration shop evolved over the next year to become the main controls partner for emerging local machine builder, Nalle Automation Systems (NAS). This key business partnership continued until 2003, when NAS’s growth required the company to build its own controls department using in-house developers and panel builders.

Through its relationship with NAS, ACS gained valuable expertise in material handling and inspection, and the company’s services diversified into machine building and systems integration. Through the design, development and marketing of the Smartbench – a multipurpose assembly and mistake-proofing machine – ACS also gained a wealth of experience in standard product development to add to its repertoire.

After closing his shop in 2006, Frank accepted a position with Wright Industries, a large custom machine and automation equipment builder in Nashville, TN. As a senior level project engineer, he acquired valuable experience in the design and implementation of large, complex systems for multinational corporations and government agencies.

In December of 2011, Frank left Wright Industries and re-established ACS as Automation Consulting, LLC, with a renewed vision to offer his vast expertise in industrial automation and manufacturing as a consultant to manufacturers and product developers.

Starting with his initial work experiences out of college, Frank realized there was a gap between the theoretical understanding of engineering and automation and the practical reality of the industry in the factory or business setting. After compiling years worth of knowledge and recognizing a void in many factory workers’ practical understanding of their jobs,  Frank wrote a practical guidebook detailing many of the practical applications, devices and systems used in the industry. Industrial Automation: Hands On was completed in December 2012 and published by McGraw-Hill Professional for release on July 1, 2013.

Frank is a manufacturing and automation business consultant specializing in controls, programming, machine building and design. He is a United States Air Force veteran, received his BSEE in Electrical and Computer Engineering from the University of Tennessee, and has a Green Belt in Lean Manufacturing/Six Sigma from Purdue University.

His background includes more than 300 electrical and controls design projects, as well as the design and fabrication of several machines. In addition to specializing in automation and controls, he is also an experienced mechanical machine designer and project manager. His supplementary training in Six Sigma/Lean Manufacturing, as well as his many years of experience managing large capital projects, gives him a unique perspective as a consultant and solutions provider.